"Live is His Meaning!"

A Reflection on Psalm 50.1-7 by Canon Rob,
7th August, 8th Sunday after Trinity 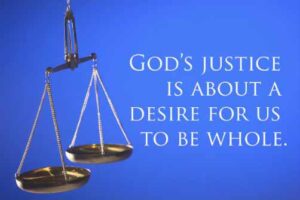 In his book, “Praying with the Psalms,” Walter Brueggemann reminds his readers that the Book of Common Prayer encourages us to pray together, “for all sorts and conditions of men (and women.)”  He adds, “we are able to pray for others because we share a ‘common lot’” and continues that when we pray for others using the psalms we “speak among them and with them and for them, to express our solidarity in this anguished, joyous human pilgrimage.” When we pray for peace in the world we will remember the war in Ukraine and those who suffer in other countries. As we see the images on our television screens our hearts go out to those in pain. We feel helpless. We will be horrified. We may be in a position to help – perhaps financially or welcoming refugees. Whilst we recognise that we cannot fully comprehend the suffering that others are going through, each of us has experienced suffering and pain. This is the “anguish” about which Walter Brueggemann writes. It isn’t all bleak though as he also refers to joy, which – like anguish – is a common, human experience.

This is helpful background as we reflect on the verses of Psalm 50 set for use in the liturgy today, not least because verse 4 can refer to the whole of humanity and not just to Israel: “[God] calls the heaven above, and the earth, that he may judge his people.” Or, a translation which is more clear, “[God] calls on the heaven and earth to witness his judgement on his people.” (Joseph Gelineau). The idea that God is our judge is not one most of us are comfortable to contemplate. We may recall some of the awful things in the Old Testament which befell the early Jewish community when they turned their backs on God. The Book of Exodus contains many examples for us to ponder! But, as the first picture shows, God’s justice and judgement reveal his mercy and both are about his desire to make us “whole.”

Psalm 50 begins, like the Book of Genesis, with God speaking. His word makes things happen and in verse 2 we understand that he “will not keep silence.” How can he remain silent when he sees human beings acting against his will and destroying each other and harming all that he has made? But he doesn’t see from afar: he is present in his creation. Verse 3 says, “Consuming fire goes out before him and a mighty tempest stirs about him,” both being symbols of his presence and both recalling God’s self-revelation on Mount Sinai. (Deuteronomy 5.4 says, “The Lord spoke with you [Moses] face to face on the mountain out of the fire.” In the previous chapter and verse 24 we read, “For the Lord your God is a devouring fire, a jealous God.”) Here is the God you do not mess with! As we have seen in previous Reflections, he can be angry. Now we read that he can also be jealous! But of what or whom? The answer must surely be for his people: the ones he has saved from slavery in Egypt and the ones who quickly, and more than once, forget what he has done for them and turn away from him.

These verses from Psalm 50 don’t make easy reading but stick with them and reflect upon them, 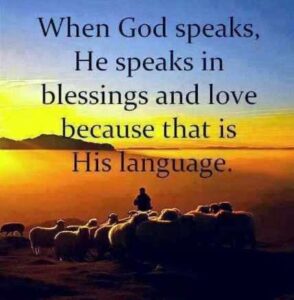 bearing in mind that God our Creator always wants what is best for all that he has made. He may sometimes come across in the Old Testament as a tyrant who becomes furious when he doesn’t get his own way. But his sole motivation is love, because that is what he is and we need to see this, and all of the psalms, in the context in which they were written and not in isolation. Yet I do wonder, as I reflect upon this psalm alongside what we human beings do to each other and this planet today, whether God is as frustrated, even angry, as the author of Psalm 50 believed him to have been. If so, then we must face his justice, judgement and mercy now, at the same time as we believe his desire is always to make us whole.

“Lamb of God, you take away the sin of the world, have mercy upon us.

Lamb of God, you take away the sin of the world, have mercy upon us.

Lamb of God, you take away the sin of the world, grant us your peace.”.

This website uses cookies to improve your experience while you navigate through the website. Out of these cookies, the cookies that are categorized as necessary are stored on your browser as they are essential for the working of basic functionalities of the website. We also use third-party cookies that help us analyze and understand how you use this website. These cookies will be stored in your browser only with your consent. You also have the option to opt-out of these cookies. But opting out of some of these cookies may have an effect on your browsing experience.
Necessary Always Enabled
Necessary cookies are absolutely essential for the website to function properly. This category only includes cookies that ensures basic functionalities and security features of the website. These cookies do not store any personal information.
Non-necessary
Any cookies that may not be particularly necessary for the website to function and is used specifically to collect user personal data via analytics, other embedded contents are termed as non-necessary cookies. It is mandatory to procure user consent prior to running these cookies on your website.
SAVE & ACCEPT