A Reflection on Psalm 21 verses 1 – 7, by Canon Rob following the death of our Queen on 8th September 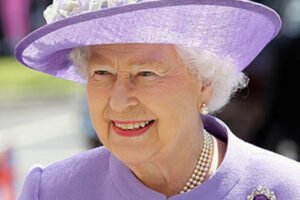 As I write this, our nation has just begun a period of mourning for ten days. Church bells have rung, gun salutes have echoed, flags fly at half mast and King Charles and Camilla, his Queen Consort, have just arrived at Buckingham Palace following their flight back to London after their stay in Balmoral in Scotland where the body of his mother, our late Queen, will lay at rest for a few days. It doesn’t take the television, radio or even social media to tell us that life has changed for all of us. Many public events have been cancelled during these days of mourning and we are in a kind of ‘limbo’ awaiting the funeral, just as we are when a close friend or family member has just died. This is a time of waiting and ‘normal life’ is on hold.

The Bible has much to say about kings, many of them recognised as being chosen by God. Just one example was David [See 2 Samuel 5.1 – 5, especially verse 2.] During the last day or so we have been reminded how, at the beginning of her reign, Queen Elizabeth dedicated her life, “whether it be long or short,” to serve others and recognised that she was doing so with God’s help and strength. Without doubt her Christian faith and God’s grace have helped her over more than seventy years.

Many of the psalms refer to kings and, of course, the Lord is known as the King above all kings and princes. Psalm 21 is one such psalm. Almost certainly written following victory after a battle, the first verse celebrates God’s help: “The king shall rejoice in your strength, O Lord; how greatly shall we rejoice in your salvation.” It is God who has won the victory and the unnamed King at the time the psalm was written (possibly David) recognises that truth. All is down to the goodness of the Lord and such was Queen Elizabeth’s humility and faith, she knew that to be true for her. As we recall her long life and reign, verse 4 is so appropriate: “He asked of you life and you gave it him, length of days for ever and ever.” How blessed are we to have had her as a constant for so many years. She lived, as we do, through a time of great change and often uncertainty. At times of national, or international anxiety, she has “been there” for us. At such times, the wisdom in verse 7 of Psalm 21 was seen in her: “For the king puts his trust in the Lord; because of the loving-kindness of the Most High, he shall not be overthrown.” It isn’t surprising therefore that we feel a great loss. Nothing like the depth of the loss felt by her family and closest friends, but a very real loss all the same.

When the news of the Queen’s death was announced at 6.30 last evening, Windsor Castle was shown on television and behind it was a beautiful rainbow. As Vicky, my wife, and I watched it I saw it as a gift from God reminding us of the rainbow which was revealed to Noah after the flood. [See Genesis Chapter 8, especially verses 8 – 17.] That rainbow was a sign of God’s promise to love all that He had made for ever. Seeing the rainbow behind Windsor Castle 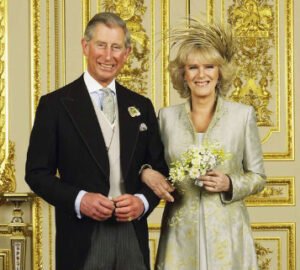 I wondered if God was renewing His promise all over again. Was He saying, “I love you! I am with you! I will care for you, even and especially at this time of loss?” Perhaps that was fanciful. Even so, I am convinced of the truth behind it and if we can believe that, even in the midst of grief, we can begin to look forward knowing that in the late Queen’s eldest son we will, once again, have someone who will reign to serve others under God’s guidance and by God’s grace. God save the king! Amen.

Go before us, Lord Christ, with the blessings of your goodness
and guide all those you call to authority in the way of your justice,
the knowledge of your liberty and the wisdom of your gentleness;
for your name’s sake.
[Prayer at the end of Psalm 21 in Common Worship, Daily Prayer]