An extra Reflection based on Psalm 79 by Canon Rob 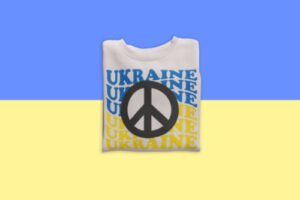 We watch the news from Ukraine with a sense of horror, deep sadness and disbelief that such a thing can happen in Europe today. You may also be feeling a sense of helplessness. However we can all help by responding to the plea for donations and we can pray and pray again for peace and for a resolution to what are very long, complicated and seemingly unresolved political questions about NATO and Eastern Europe. As I write this we have no idea what the final outcome of this war will be but, with Peter’s support, I wanted to give us all the opportunity to reflect on a psalm because, as I have said before, the psalms contain every experience we go through and Psalm 79 is known as a “psalm of lament” or, as one commentator has called it, “The effects of horror.”

Psalm 79 was almost certainly a response to what has been described as, “the greatest tragedy of Old Testament history.” [Marshall Johnson. “Psalms through the Year: Spiritual Exercises for Every Day.”] This refers to the destruction of Judah by the Babylonians in 587 BC. Verse 1 sets the terrible scene:

“O God, the heathen have come into your heritage; your holy temple have they defiled and made Jerusalem a heap of stones.” As you reflect on this verse alone, it isn’t difficult to recall the images we are seeing of towns and cities in Ukraine. Again, as I write this, the beautiful onion spires of the monastery of St Michael in Kiev still gleam on our television screens, but when Psalm 79 was written the Temple in Jerusalem had been completely destroyed. Verse 2 increases the horror. Buildings can be replaced, and a new Temple was built in Jerusalem, but lives cannot be replaced. Each day we are told of the increase in casualties and deaths. As in any war there can be no winners in this war.

Verse 5 is a turning point in the psalm. Verses 1 – 4 describe the horror, 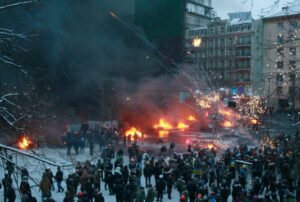 but in verse 5 the author turns his attention to God. “Lord, how long will you be angry, for ever? How long will your jealous fury blaze like fire?” It is common in psalms such as this to believe that suffering is the result of God’s anger; a punishment for the people’s sins. There are many today who believe God punishes in this way, although that is not the God I believe in. Wars are the result our failure to live together in peace and resolve conflicts by honest negotiation. But the psalmist saw only black and white. So he prays in verse 6 that the enemy, will be punished: “Pour out your wrath upon the nations that have not known you, and upon the kingdoms that have not called upon your name.” The psalm continues with repeated pleas for God’s compassion on his people and calls for the enemy to suffer. If these were to happen, verse 14 gives the positive response to God: “…we that are your people and the sheep of your pasture will give you thanks for ever…..”

The circumstances may be different and, along with the sheer bravery of the Ukrainian leaders and people we see the same in those living in Russia who are protesting against the war and face possible imprisonment. The response from other Eastern European countries is also very different from that of the nations surrounding Judah when Psalm 79 was written. Again the author’s ‘black and white’ view will not be the whole truth as many understand it today. Yet Psalm 79 is a psalm for our time and reflecting upon it can help us understand something more of what those in Ukraine are going through and our prayers for them will therefore be more heartfelt. And remember that many, if not most, of those who live in Ukraine and in Russia are Christians. They are our sisters and brothers in Christ and it is largely their faith with gives them the courage we see each day. With Ukraine in mind, the Bishop of St Albans has recently posted, “Our faith is rooted in the certainty that in Christ, God is present with us and shares in our hopes and fears. More than ever, the world needs a Christian presence, a message of hope and our continued intercessions.”

So with Psalm 79 and the images of Ukraine in our minds may I encourage you to use the following prayer each day throughout this conflict: 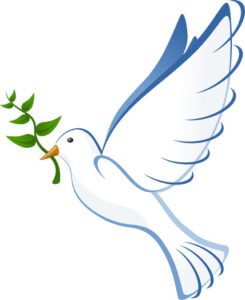 Loving God, we pray for the people of Ukraine ,
for all those suffering or afraid ,
that you will be close to them and protect them .
We pray for world leaders ,
for compassion, strength and wisdom to guide their choices .
We pray for the world that in this moment of crisis,
we may reach out in solidarity to our brothers and sisters in need.
May we walk in your ways so that peace and justice
become a reality for the people of Ukraine and for all the world.
Amen.